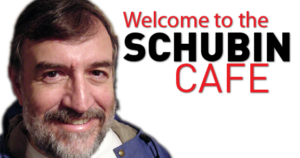 Thanks to our friends at SMPTE DC Section for inviting us to a virtual presentation o "A History of TV" with Mark Schubin on July 30th, 2020, 7:00 PM EDT.

Mark Schubin is a multiple-Emmy-Award-winning SMPTE Life Fellow and winner of the Society's Presidential Proclamation in 2017. His histories of media technology have been published in the SMPTE Motion Imaging Journal and the Proceedings of the IEEE, among other publications, and have been translated into many languages.

Thomas Edison's earliest patent filing (a caveat) for motion pictures was in 1888, but 11 years earlier the first publication about television appeared, and there has not been a year since without television research. Yet there does not appear to have been any video research -- not even speculation or fantasy -- prior to 1877. Why? What role did the Washington area play in video development? Did people pay to watch remote baseball games live as early as 1884? Were the first patents for virtual video events like this one issued in 1895? Was there an actual live, watchable video image by 1879? Register to find out!

Thanks to event sponsors GoToWebinar® and Webinars Made Easy®