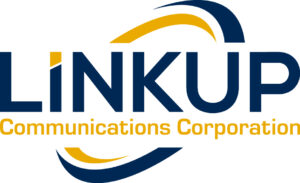 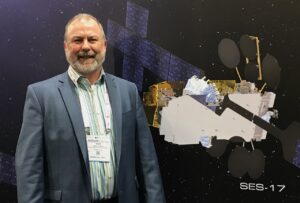 The FCC’s C-Band satellite spectrum transition is now upon us. This "repack" will radically reshape frequencies used for satellite signal delivery.  In contrast to the prior 2 GHz and DTV repack efforts, some of these changes are coming on an aggressive schedule known as the "fast-track."  Our April meeting provided an accurate quide to help you through this process.  A copy of the presentation is pasted below.

Our guest speaker was Mark Johnson, founder of LinkUp Communications Corporation, a specialist in delivering audio, video, IP or data broadcast content via satellite. Mark discussed the changes taking place, the aggressive timetable, and the efforts necessary to protect satellite downlinks from harmful interference. (Hint: It's often more than just installing one or more filters.)  Doug Watson of LinkUp Communications Corporation participated as well, helping to field many questions asked following the presentation.

Mark was the “go to” guy for other audio and video content providers for years.  Acting on trust, Mark decided in late 2016 to strike out on his own. Now, Mark does it his way - helping friends in the industry by providing excellence in solutions and service. Since graduating from Florida State University, Mark has continued his training through Harris Transmitter School (FM and FM25K), SBE Senior Radio Engineer (CSRE) and Global VSAT Advanced Certified.

Doug has nearly 40 years experience in broadcasting and satellite content delivery. As NASCAR's Motor Racing Network (MRN) Chief Engineer, he constructed the Concord, North Carolina uplink that provides broadcast audio to hundreds of MRN affiliates as well as the NASCAR channel on Sirius XM. He also oversaw the design and construction of the traveling production facility and broadcast center housed in a full size tractor trailer. At MRN, Doug maintain a fixed C-Band uplink, transportable C-Band uplink, and the use of Westwood One for network content distribution. Doug is a GVF Advanced Certified installer.

The meeting began promptly at 6:30 pm with a brief business meeting.  The presentation began ten minutes later.  Thanks to sponsors Paul Fitts and Owen Garland of Vertical Technology Services, LLC for their ongoing financial support of Chapter 37's recent Zoom and other technical support costs.