Everything You Always Wanted to Know About Mics!
with Steven Savanyu of Audio Technica
Featuring 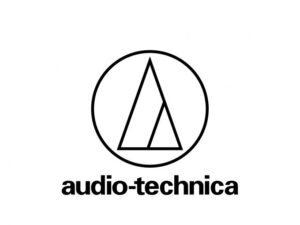 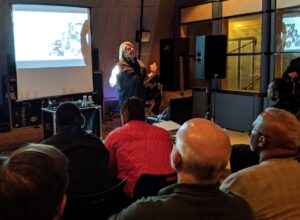 Who: Steven Savanyu
From: Audio Technica
What: Everything You Always Wanted to Know About Mics!
When: March 12, 2019 6:30 PM

Our March meeting was on a subject that all of us deal with at one time or another: The selection, placement, mounting, and mixing with microphones. Whether for a live event, sound reinforcement, broadcast studio design, a recording session, or a video conference; we are challenged with bringing excellent and clear sound to our facilities and products.

Perhaps we take for granted the physics of how a microphone actually functions. Which type will give me the result I want? How best to isolate a single instrument in a concert setting? How to accentuate incident and suppress reflective sound?

Nothing more affects psycho-acoustical perceived quality of a video, film, recording, or live event more than accurate and well-defined sound. And nothing affects that perceived quality and value more than effective microphone selection and placement.

SBE Chapter 37 had the pleasure to host Steven Savanyu, Education Director at Audio Technica, a large manufacturer of microphones. Steven brought us his famous Microphone and Wireless portable workshop road show. Mr. Savanyu, an adjunct Professor of Audio for Video at Kent State University, has a penchant for clear and precise explanation of the most esoteric and technical aspects of transducer physics and technology.

This event was useful not only for aspiring novices to broadcast and recording, but also for seasoned professionals; as there is always something new to learn with new technology and products.  This hands-on event had practical examples for us to see and hear.

The meeting was held at Sirius XM headquarters in Northwest DC and tours of the Sirius XM facility took place after the presentation.  We greatly appreciate their help in hosting our meeting, a joint effort with the local DC AES chapter.