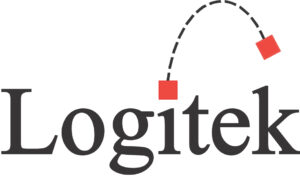 On January 10, we had an opportunity to learn about IP networked audio and video networks, which have become the accepted method for renovations and new facility construction.  Our guest speaker was Frank Grundstein of Logitek Electronic Systems, Inc., a manufacturer of Audio Routers, Radio and Television Consoles, and a pioneer in the design and implementation of networked audio platforms.

Where do we stand and how do we know what protocols to implement for our next facility renovation? We reviewed the current state of IP for audio and video and discussed what might be a Unified Field Theory for broadcast IP.

A bite to eat, kindly provided by our friends at Logitek, was served at 6:30 pm.  We had a brief bit of Chapter 37 business about 7:00 pm, and began our presentation follow shortly thereafter.  Thanks to Radio One for hosting our meeting and to Kent Kramer and Anthony "Frenchy" Moreno for facilitating the meeting and conducting a facility tour.