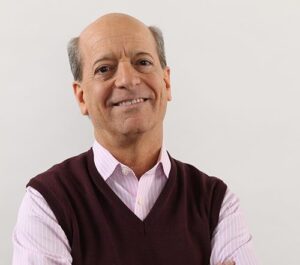 Who: Skip Pizzi
From: National Association of Broadcasters
What: NAB Show Express – A Review and Wrap Up
When: July 14, 2020 6:30 PM
Sponsor: Broadcasters General Store

Our July 2020 speaker was Skip Pizzi of the National Association of Broadcasters (NAB).  Skip gave a wrap-up of the NAB Show Express, the virtual Spring show, and provided a preview of plans for the NAB's forthcoming virtual Fall show.  Skip kindly provided his presentation.  Please see the PDF File linked below.

While it's admittedly unorthodox to have a virtual SBE meeting to discuss the virtual NAB convention, it should be noted that the NAB Show Express materials will remain accessible (here) until the end of August, 2020.  Considering the voluminous amount of material, this carefully curated overview was surely useful to take full advantage of the vast number of sessions, on-demand videos, exhibitor materials, industry whitepapers, eBooks, presentations, and guides available to you - free (after user registration).

Skip Pizzi is Vice President, Technology Education and Outreach, at the National Association of Broadcasters (NAB) here in Washington, DC. His career has spanned the radio, television and digital media industries, with 13 years at NPR and 11 years at Microsoft. He has been a featured columnist for numerous industry publications, and spent 7 years as an editor at Broadcast Engineering magazine. He has authored, co-authored or edited several books, most recently A Broadcast Engineering Tutorial for Non-Engineers, 4th edition, and the NAB Engineering Handbook, 11th edition, both published by Focal Press. He currently serves as Vice-Chair of the Advanced Television Standards Committee (ATSC) Technology Group 3 (TG3), which has developed the ATSC 3.0 standard, and was the 2017 recipient of ATSC’s Bernard J. Lechner Outstanding Contributor Award. He also sits on the Board of Directors of the Ultra HD Forum. He is a graduate of Georgetown University, where he studied Fine Arts, International Economics and Electrical Engineering.

Our meeting was held virtually via the Internet, with Zoom costs sponsored by our friends at Broadcasters General Store.  We established the conference shortly after 6:00 pm.  About 6:30 pm, we had a brief bit of business and start our program.  We were delighted that our friends from SBE Chapter 54 in Hampton Roads were able to join us.