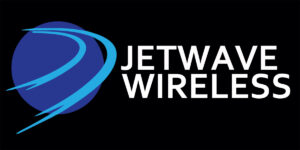 Our November 2018 guest speaker was Jim Dugan, CEO of both Jetwave Wireless and Wisycom USA. Jim presented on the advanced concepts in production wireless integration with a focus on facilities of all sizes, including large, live events. He discussed the importance of band planning, spectrum, technology as well as developments in tunable RF Filters and RF-over-fiber. We looked at solutions and case studies for the most complex environments in the world such as the Superbowl Halftime Show and Times Square on New Years Eve.

A bite to eat, provided by Jetwave Wireless, was served about 6:30 PM.  We'll discussed a tiny bit of Chapter 37 business about 7:00 PM and began our presentation about 7:15 PM.  Thanks to Jetwave Wireless for kindly allowing us to utilize their facility and for sponsoring dinner.

Jim Dugan began his career in 1985, operating a recording studio business. In 1991, he transitioned his focus to production wireless and broadcast and joined Systems Wireless in Herndon, VA.  After five years learning the inner workings of the business, Jim developed a passion for designing what we in the industry now call Distributed Antenna Systems for production wireless. His desire to innovate started with his development of a telescopic aluminum tower and broadcast truck, which became the heart of all RF coverage for the Golf Channel through for nearly a decade. During that time, he also cultivated relationships with a roster of top-tier television clients, providing wireless equipment and engineering for NFL, ABC, FOX, CNN and XM Radio, to name a few.

In support of his clients, Jim developed a large distributed antenna system based on RF-over-fiber, which he unveiled in 2007. This system has been implemented for the Academy Awards, Disney's Christmas Parade, and Times Square New Year's Eve, and Superbowl Halftime shows, among many other high-profile live broadcast events.

In 2014, he set out on his own and launched Jetwave Wireless, which serves a majority of the television networks and has developed a reputation for providing large facility RF installation and integration as well as support for a wide portfolio of world-class live events. Simultaneous to starting Jetwave, Jim developed a partnership with Wisycom, an Italy-based manufacturer of wireless and RF equipment, which resulted in the and launch of Wisycom USA earlier this year. Together with his European counterparts, Jim is entrenched in the development of sophisticated wireless microphones, IEMs, IFBs, and the most effective off-the-shelf DAS products in the world. On a personal level, Jim is a singer/songwriter and health food nut and loves to work out in his spare time.