SBE Chapter 37 Picnic
with You!
Sponsors 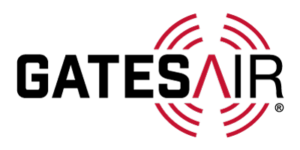 The SBE Chapter 37 picnic was an opportunity to meet with broadcast engineering friends, spouses and families. We told a bunch of "war stories" got to know one another, and dined on delicious food. We also had elections for new Chapter 37 officers. (There's more on that below.)

Many thanks to our sponsors Jim Peck of SCMS, Paul Fitts and Owen Garland of Vertical Technology Services, and Brian Szewczyk of Gates Air for their support. Thanks also to Brian Oliger, Dave Kolesar, and the folks at WTOP for helping to make arrangements and for hosting the picnic at the WFED AM 1500 transmitter site once again!  We also had quite a bit of help from members and attendees who cheerfully let a hand whenever necessary.

A generous crowd of friendly broadcast engineers decended on the WFED site about high noon and Jim Peck served food and soft drinks starting about 1:00 pm.

As mentioned in prior months, we sought NOMINATIONS for two positions on the board. However, none materialized.  As such, Kent Kramer and Brian Oliger agreed to remain at the helm for another term.