RF 101 Boot Camp and NextGen Technical Training are the unique tracks for a two-day educational event.

For many years, the Society of Broadcast Engineers, the association for broadcast and multimedia technology professionals, presented the SBE Ennes Workshop, a day-long educational event, at the NAB Show in the spring. Over time, the NAB reduced the allocated time to a half day and then to one hour within the Broadcast Engineering and IT Conference. In 2023, the SBE will expand the Ennes Workshop to be a two-day event on April 14 and 15, 2023, beginning the day before the exhibit floor opens.

The SBE Ennes Workshop at the 2023 NAB Show will be held at the Westgate Resort and Casino. Registration for the Workshop will be separate from the NAB Show convention registration, and will be available on the SBE website, sbe.org. The $199 registration fee will include access to the two days of instruction in either the RF 101 or NextGen Broadcast track, and continental breakfast and a midday refreshment on both days. Online registration will open in January.

The two program tracks are being developed based on feedback the SBE receives, with RF training being the leading request. While so much of a broadcast facility is based on IT infrastructure, RF skills are still a critical need for technicians. The RF 101 track is designed to bring a broadcast engineer with little RF experience to the point where he or she can properly and safely maintain and update the station’s transmission and auxiliary RF services. This course covers AM, FM, TV, STL, RPU and satellites, as well as transmitters, remote control, grounding for lightning, and even a section on AM directional antennas.

For the parallel session, the SBE collaborates with the Advanced Television Systems Committee (ATSC) to provide an in-depth tutorial on the transition to NextGen Broadcasting. This course will take students through the information necessary to effectively participate in the transition, and it serves as preparation for the SBE ATSC3 Specialist Certification. A special SBE Certification exam session will be offered for those holding the prerequisites to take the ATSC3 Certification exam.

As the planning for the two-day SBE Ennes Workshop at the 2023 NAB Show begins, SBE President Andrea Cummis, CBT, said, “We’ve chosen these two tracks for their relevance in today’s broadcast environment. RF and ATSC 3.0 are important for the seasoned engineers and the new technicians. Both will benefit from attending either track.” 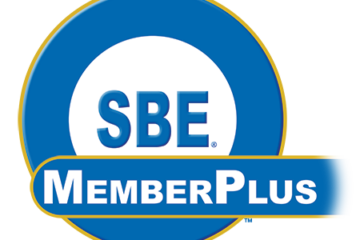