The Society of Broadcast Engineers, the association for broadcast and multimedia technology professionals, recognizes achievements from its members through an awards program. The annual SBE National Awards recognizes those who have contributed to the SBE, the industry or their chapters in a number of categories. Winners are presented awards at the National Awards Dinner at the annual SBE National Meeting.

The Robert W. Flanders SBE Engineer of the Year award is presented to a member who has excelled in his or her career while furthering the mission of the SBE. The 2022 recipient is Andrea Cummis, CBT, CTO, of West Orange, NJ, and a member of SBE Chapter 15 New York. The James C. Wulliman SBE Educator of the Year award recognizes outstanding service and excellence in sharing knowledge through teaching other broadcast engineers. The winner of the 2022 recipient is Marcos O’Rourke, CBRE, CBNE, of Costa Mesa, CA, and a member of SBE Chapter 47 Los Angeles.

Cummis has been an SBE member for 26 years. She has been an SBE board member since 2003 and has also served as treasurer, vice president and is serving her first term as president of the Society. Chapter 15 nominated Cummis as its Chapter Engineer of the Year for her outstanding service to the chapter.

O’Rourke has been an SBE Member for 19 years and serves the Chapter 47 board as secretary. Marcos has been a critical part to the chapter mission of creating educational videos for the broadcast community. He also has his own YouTube channel with hundreds of videos pertaining to everything that is a part of radio broadcasting. One nomination mentioned that “Passing our trade is at the heart of what we do and Marcos embodies that to a T.” 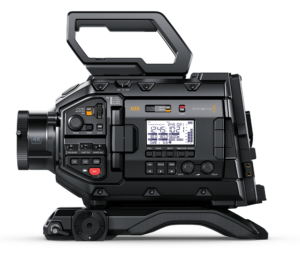 The SBE Awards Program also recognizes other achievements from SBE members, chapters and SBE sustaining member companies. Blackmagic Design has won the Technology Award for the URSA Broadcast G2. The USRA Broadcast G2 is a flexible, powerful camera designed for both traditional and online broadcasters. The three-cameras-in-one design allows it to work as a 4K production camera, a 4K studio camera or a 6K digital film camera.

Chapters are the lifeblood of the SBE, and 2022 marks the ninth year that the Chapter Engineer of the Year Award has highlighted the achievements of members within their chapters. This year, six chapters selected their own award recipients. Each winner will be presented with a special plaque and be recognized nationally on the SBE website and in a future issue of The Signal. The six chapter winners also were automatically nominated for the national Robert W. Flanders SBE Engineer of the Year Award.

The SBE Wisconsin chapters and the Wisconsin Broadcasters Association has won the Best Educational Event for their Wisconsin Broadcasters Clinic held in October 2021. The clinic includes three days and two nights of educational session. The attendees were treated to nationally known presenters, including a few SMPTE Fellows and some first-time presenters sharing their in-the-trenches experiences implementing ATSC 3.0 and SMPTE 2110. An especially meaningful presentation was “By the Book: A Review of Common ABIP Violations” by Chapter 24 member Dennis Baldridge, who unfortunately lost his battle with cancer in December 2021.

Chapter 15 New York won the Best Chapter Communication. Chapter 15 does not have a traditional newsletter, however, it has multiple channels in use to communicate to its members, including an email list, the Chapter 15 website, sbe15.com, a Twitter and Facebook page, and a Zoom account.

All the winners will be recognized at the SBE Awards Dinner to be held on Sept. 29 during the SBE National Meeting, held in conjunction with the SBE22 Broadcast and Technology Expo in Liverpool, NY. Nominations for the 2023 awards will open in February.

The post SBE Names Robert W. Flanders SBE Engineer of the Year and James C. Wulliman SBE Educator of the Year Recipients for 2022 appeared first on The Society of Broadcast Engineers.